Costano is perhaps the oldest festival in Umbria. It pays homage to the centennial tradition of porchetta. The first edition dates back to the 1960s.

The Costano festival is a very popular event, with large numbers and considerable resonance. Each edition bases its success on Umbrian food and wine excellences, among which porchetta is the typical product symbol of this territory. 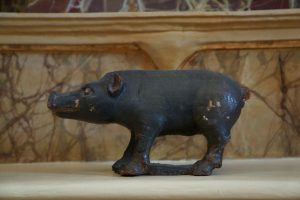 In the last ten days of August, the Sagra di Costano attracts thousands of people who invade the streets of the small town. The festival is set up in an area of 8000 square meters; a part is dedicated to the culinary stands where the Costanese women bake: homemade gnocchi, arvoltoli, braid, pork tripe, lamb coratina, recchia and trotters of the porchetto and other delicacies of the typical Umbrian cuisine. There are also kiosks with the coveted porchetta sandwich, a delight that is a shame to get lost. 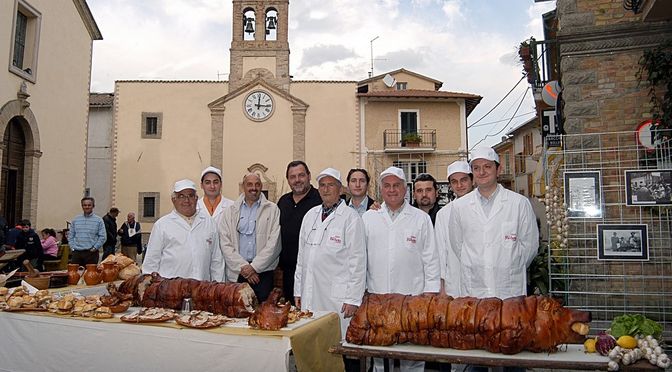 A large equipped area is dedicated to music and dance, with the best Italian orchestras of smooth and traditional music to entertain the public with shows from late afternoon until late at night.

Finally, it is important to keep the historical memory and the traditions that are the setting and have always been the main engine of the party. It is therefore a must to take a tour of the photographic exhibition “A country, a profession: Costano ei porchettai”, where you can admire photos and objects of the peasant tradition and learn about an ancient profession, handed down from father to son, on which the the village has always based its economy.