Maps of the territory

IN THE HEART OF UMBRIA 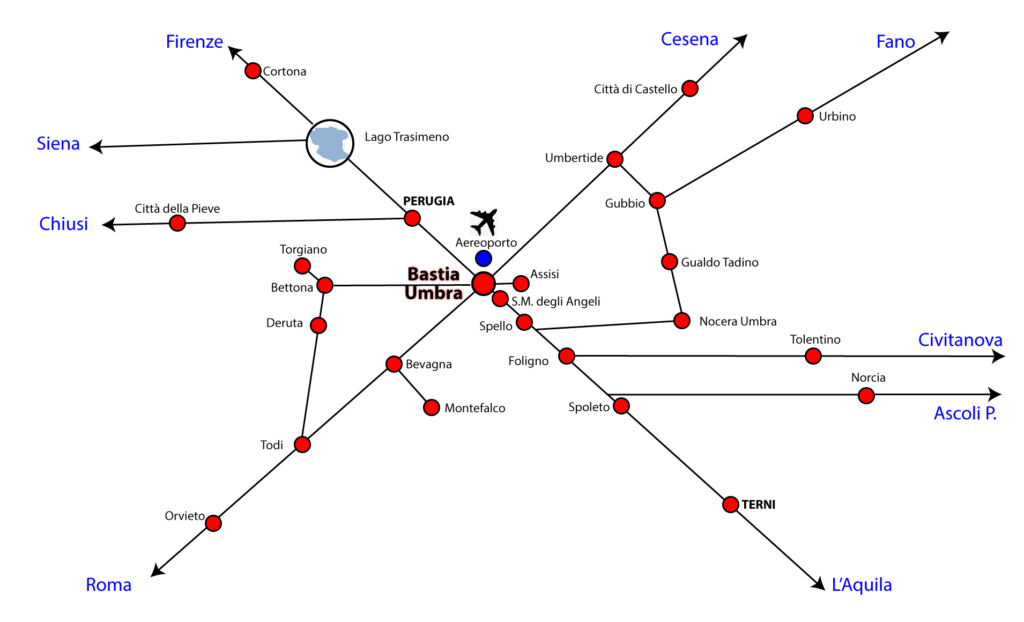 The Municipality of Bastia, built in the center of a vast alluvial plain, has always been the nerve center of regional communication routes. Equipped with an airport, it is surrounded by important four-lane arteries: SS 77  Foligno – Perugia and the E 45 Rome – Cesena. It has a railway yard along the central Umbrian railway line (Foligno – Terontola).  Historically linked to Assisi, it has made use of the nearby city of art to provide all the most modern services. 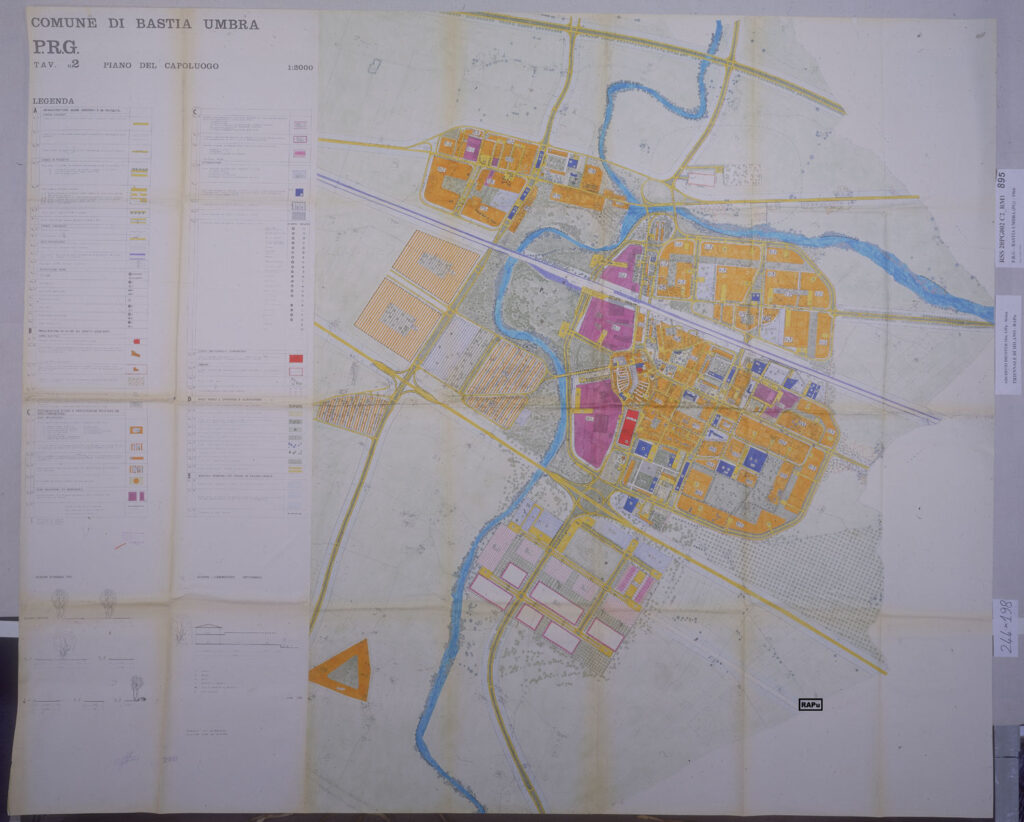 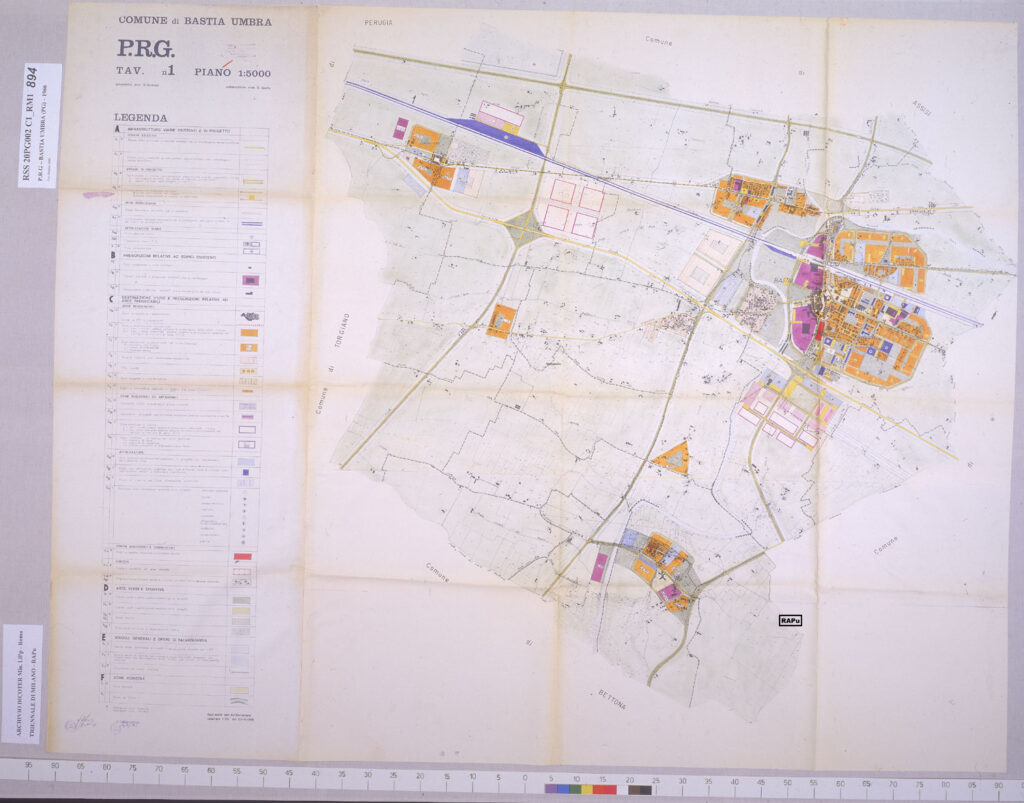 Giovanni Astengo plays a role of the first magnitude among the protagonists of Italian urban planning of the twentieth century, as a reference figure for the construction of disciplinary knowledge.

Designer at the building, urban and territorial scale, university professor and founder of the first degree course in Urban Planning in Italy, scholar engaged in writing legal texts and protecting the territory and landscape, politician and public administrator, director of the most important European urban culture magazine for nearly three decades. Between these different roles Giovanni Astengo manages to build relationships of depth, giving body to a figure of militant all-round urban planner, who has no equal on the national scene.

Two possible paths of reading his work are given by the constant search for the elaboration of a scientific method for the construction of the plan, updated and revised over time as the socio-economic, cultural and territorial conditions of reference change, and the ability to build with some specific territories (Piedmont, Umbria, Tuscany, etc.) a profound relationship, made up of repeated interest in research and drafting of plans and projects at different scales.

In Piedmont he began his activity with the Studies for the Piedmontese regional plan and the project-manifesto of the Ina-casa district of Falchera; he continues with his commitment as planning councilor, which produces the regional urban planning law n.56 / 1977. In Umbria he draws up his first manifesto-plan, the Regulatory Plan for Assisi, those of Gubbio and Bastia Umbra, and designs numerous architectures, such as the Pro Civitate Christiana in Assisi. Other exemplary experiences, where he experiments with a new method of construction of the plan, based on the concept of the scenario, are the Studies for the general master plan of Genoa and the Master plan of Bergamo, while the attention to the themes of the large area plan characterizes his work in Tuscany and in Trentino. 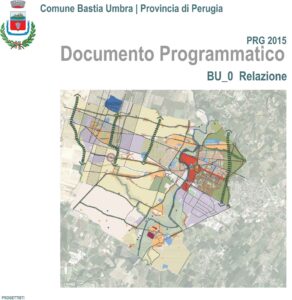 The state of municipal planning has been reconstructed starting from different analysis and reconstruction works, which have been translated and explained through five specific cartographic themes, required by the instrumentation and by regional and provincial urban planning legislation. The Urban Budget was then translated into the following cartographic drawings (all drawn up at a scale of 1: 10,000). BU1_ Urban Budget. Containment of land use (art. 20, paragraph 2 of the PTCP) BU2_ Urban Budget. Estimated building production 2004 – 2011 (pursuant to…) BU3_ Urban Planning Budget. State of implementation of urban planning forecasts (implementation plans) BU4_ State of implementation of public forecasts BU5_ Urban Planning Budget. Containment of land consumption (LR1 / 2015, art, 95 paragraph 3, Consolidated Law)

LINK TO THE MUNICIPAL SITE