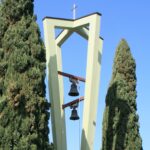 Church of Christ the Redeemer

The Church of Christ the Redeemer, annexed to the municipal cemetery, is located on a plain near the confluence of the Tescio stream with theChiascio river, a few hundred metres from the road connecting AssisitoPerugia, not far from the built-up area of Bastia Umbra.

The large and imposing church, dedicated to Christ the Redeemer, was erected in the 1970s as a place of worship for the new wing of the civic cemetery.

The church, built of reinforced concrete, has a simple and unadorned façade made entirely of steel and glass, opened by two portals and with a large cross in the middle. The structure has a complex shape: it consists of a semicircular body with a raised tiburium, circular in plan, which incorporates and conceals the apse. On the parvis stands thebell tower in the form of an inverted pyramid, formed by four reinforced concrete pillars placed in the shape of a cross.

The interior of the church has a semi-circular apse with a raised presbytery with several steps. The semicircular apse, adorned by a large wooden choir, is dominated by a splendid rock crystal chandelier, made at the end of the 20th century by a Venetian workshop. Inside the liturgical hall, on the walls to the side of the altar are: 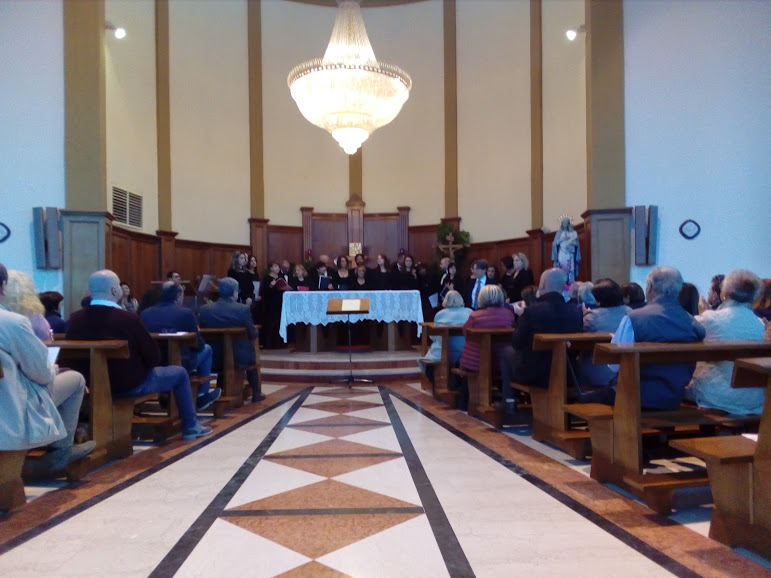