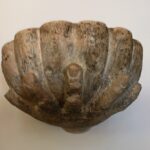 The present church stands on the site of the former oratory of St Leonard (1488) and has been a parish church since 1623.
The church is a late 19th-century construction inaugurated in 1901, and is flanked by a modern pointed bell tower with a wrought-iron cross next to it in memory of the missions, resting on a fine medieval relic.
The interior is in neoclassical style with pilasters and cornices dominated by lunettes and ribbed vaults, adorned with paintings and sumptuous sacred furnishings; there are numerous works of art transferred here from the provincial capital, since, unlike the rest of the municipality, it belongs to the Diocese of Perugia.

A 16th-century Deruta ceramic tile from the workshop of Giacomo Mancini shows the image of the saint, portrayed in the middle of the waters of a river with a child on his shoulders: Christopher the bearer of God.

The church presents itself as a treasure trove of sacred art, in fact we find a Via Crucis consisting of 14 oil panels of the 17th century Perugia school; in addition, there are four large altarpieces showing :

Above the sacristy door, an 18th century painting depicts the hermit St Vitale, who was born in this castle.

A Madonna in a processional frame, which has been worshipped for centuries, is considered miraculous and the mid-August celebrations are dedicated to her.

A probable find from the ancient church is the Subasio stone basin supported by the characteristic offering hand from the 13th century. 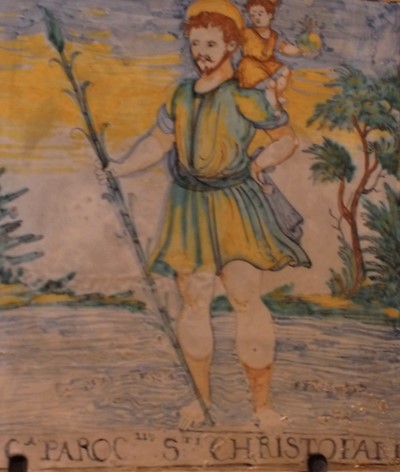