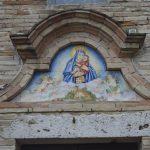 The Church of Madonna di Campagna(also known as Our Lady of Refugeor Madonnuccia) is located along the road of the same name, near the intersection with Via Sofia.

The church, dedicated to the Nativity of Mary, was built in the second half of the 17th century along the Via Antiqua, the arterial road linking Foligno and Perugia, and an important junction between the Via Flaminia and the Via Amerina.

From a document preserved in the Capitular Archives of Assisi, we know that at least until 1492 there was no church on this site, but a devotional aedicule depicting a Madonna and Child Jesus.

In the year 1667, the devotional aedicule being very ruined and unsafe, it was decided to build the church. Later, in 1780, as the cult was spreading in the rural area, it was decided to enlarge the church, with the permission of the Bishop of Assisi, Carlo Zangheri (1780–1796), who also ordered the demolition of a nearby chapel, dedicated to St Anthony the Abbot, to recover the necessary material.

A notarial deed, dated 11 January 1902, informs us of the exchange of the church and surrounding land between the Ospedale della Misericordia of Perugia and the Lolli brothers. Furthermore, from another document (31 August 1906) we know that, following the division with the brothers, it came into the possession of Alessandro Lolli. At present the building is owned by Mrs Rossana Lolli, who inherited it from her father Leopoldo.

The name Madonna del Rifugio (Our Lady of Refuge), more frequent until the 19th century, probably referred to the use of the building by pilgrims and wayfarers travelling along the Via Antiqua, who found shelter from the weather here.

The earthquake of 26 September 1997 caused considerable damage to the church, in particular to the sacristy and the bell tower, after which a comprehensive restoration was carried out, giving it its current appearance.

The church has a gabled façade, marked at the top by a tympanum and opened by a single entrance portal, surmounted by a window, while two others are placed at the bottom on its sides. On the façade we note:

On the right side, at the bottom, there is a memorial stone commemorating a man from Fratticiolo who died of sunstroke on that spot in 1899.

On the back of the roof, there is abell gable with two bells, dated 1748 and 1848 respectively.

The interior of the church, oriented (i.e. with the apse facing east), has a rectangular plan with a single nave. Inside, there are some historically and artistically interesting paintings: 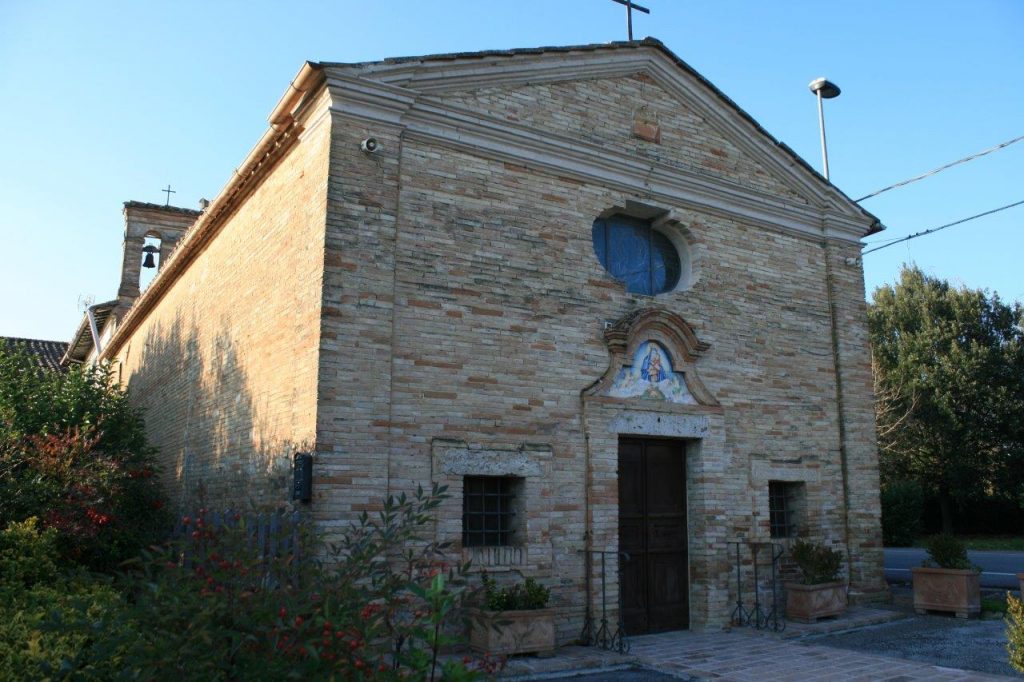