The Monastery of Sant’Anna is a monumental complex housing a Benedictine monastery, set in the historical centre of Bastia Umbra (Perugia).

The foundation of St. Anne’s Monastery dates back to December 1602 when Pope Clement VIII (1592-1605) allowed the Benedictine nuns of San Paolo delle Abbadesse to return to Bastia, after they had been forced to take refuge in the Seraphic City since 1431 during the struggles between Perugia and Assisi. On this occasion, the inhabitants of Bastia wanted the nuns to settle within the city walls and for this reason the Pope, through Cardinal Pietro Aldobrandini(1571-1621), communicated the concession of the ancient Baglioni Fortress to the Municipality, with the obligation to build a church and a female cloistered monastery destined to host the community of San Paolo delle Abbadesse. On February 14, 1606, the monastic community entered the ancient fortress. The adaptation of the buildings began in 1608 and was completed in 1649, the year in which the complex was consecrated by Cardinal Paolo Emilio Rondinini (1617 -1668), Bishop of Assisi, and dedicated to St Anne. The Benedictine nuns remained in the town continuously until they had to leave their monastery during the French occupation (1808 – 1814) and after the Unification of Italy, when the monastery was suppressed in 1867 by the State, granting the Municipality the ownership of the complex. After buying back half of the property in 1904 and a further part in 1957, the nuns returned to Sant’Anna, subjecting the monastery to long and complex restoration work, which gave it its current appearance.

The imposing and sober monastic complex consists of two buildings:

The church, dedicated to St Anne, has a single nave and was built in the 18th century thanks to the contribution of Countess Artemisia Baldeschi from Perugia. The liturgical hall has a single nave, covered by a barrel vault with four splays, lit by two windows on each side and divided into two spaces: one, with the presbytery in the middle raised by a few steps, for the faithful, the other with the nuns’ choir placed on a high podium accessible by a wide staircase. In 1968, in accordance with the liturgical reform introduced by the Second Vatican Council, the baroque altar was removed and replaced with a linear altar made of pink stone from Assisi, and the wall paintings by Elpidio Petrignani (1878-1964) from 1923 on the back wall were removed: Inside the church there are currently The church is the religious seat of the Portella District (blue).

The monastery, which is built around a cloister with lowered arches, has three levels: On the western side, beyond the road that runs alongside the monastery, there is a large vegetable garden, surrounded by high walls, which is still cultivated by the nuns themselves, who reach it using a raised covered walkway. 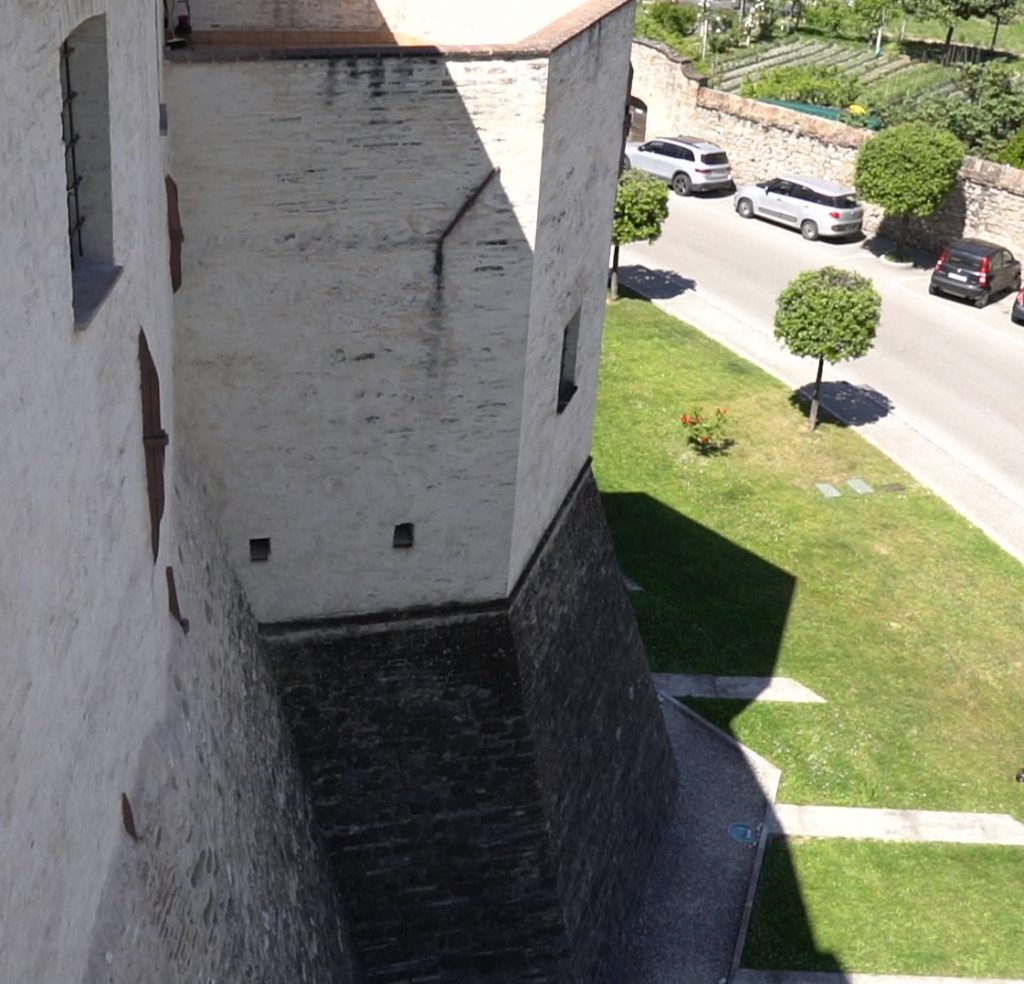