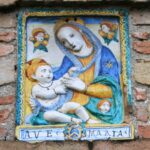 Our Lady of Quagmire

TheChurch of the Madonna del Pantano (also known as Acqua Santa) is located on the corner of Via S. Michele Arcangelo and Piazza del Mercato.

Outside the walls of Bastia there was an esplanade intended for the market, crossed by the Via Antiqua , an artery connecting Foligno and Perugia, and an important link between the Via Flaminia and the Via Amerina: this ancient road passed right in front of the church and entered the village from Porta Orientale and left from Porta Sant’Angelo. The church was built in 1701 at the behest of Canon Broccatelli, who provided it with an annuity for maintenance and officiating expenses. The church, which probably stands on the site of an ancient devotional aedicule, is called Madonna del Pantano (Our Lady of the Quagmire), because it stands in an area that was once marshy, then reclaimed, of which the place name is a clear testimony. In the 19th century, it was also called Madonna dell’Acqua Santa (Our Lady of the Holy Water), perhaps coined to replace the other name, considered too rustic. The church, thanks to a committee of citizens and with the full support of the then parish priest, Don Francesco Fongo, underwent an overall restoration between 1991 and 1992, to which it owes its current appearance. The sacred building is the religious seat of the Moncioveta district, which has also placed some of the banners won by it in the patronal celebration.

The small church, built of brick, has a simple gabled façade and is opened by a single entrance portal, surmounted by a square window and a tile depicting: On the roof, there is a bell gable with a single bell.

The interior of the church has a rectangular floor plan with a single nave and a wooden truss roof. Inside, on the back wall of the presbytery there is: 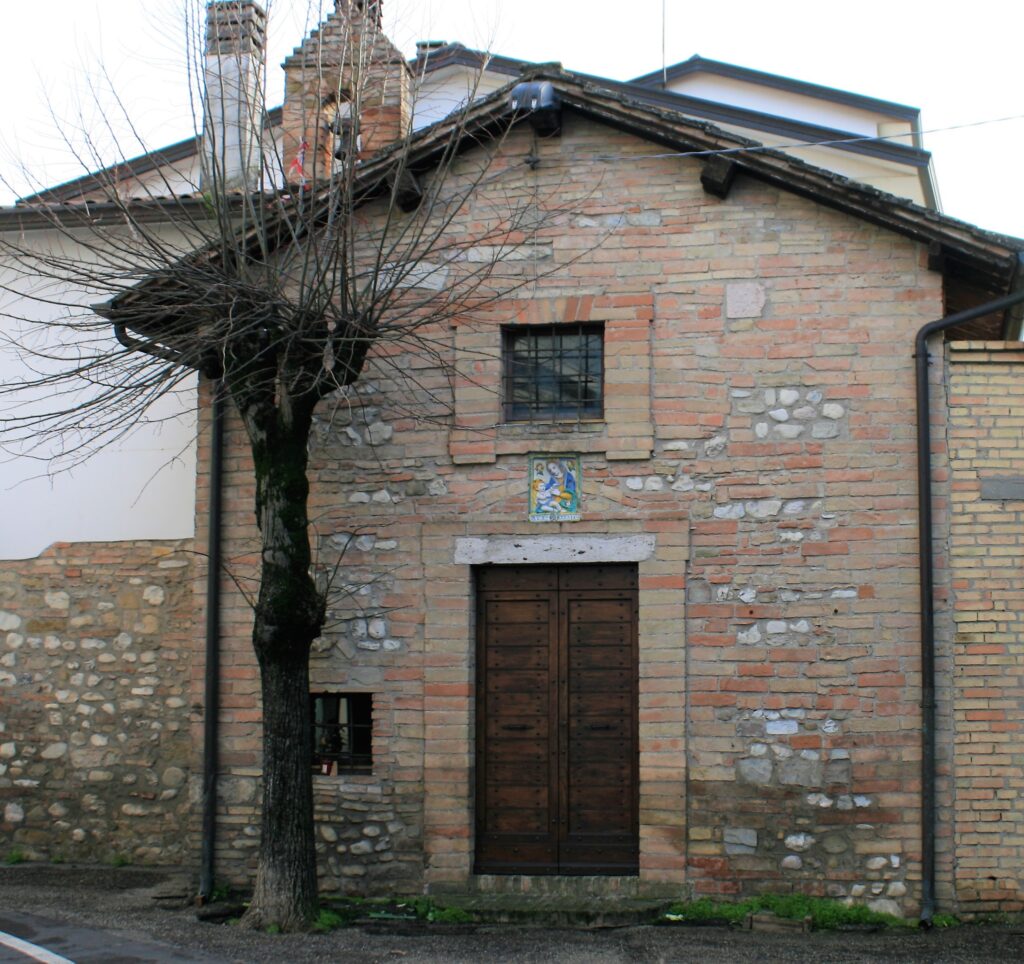