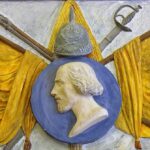 S. Francis from Paola and S. Peter of Alcantara

The Church of the Saints Francis from Paola and Peter of Alcantara is located along Via Andrea Costa, an annex to the grounds of Villa Favorita.

The church was built in 1700 as the oratory of the splendid villa of the Barons Danzetta, known as the Favorita, externally decorated with wall paintings by the painter Mariano Piervittori (1816-1888).

The sacred building is dedicated to two saints whose testimony and religious experience is marked by a simple and humble lifestyle of penance and austerity of life:

Since 1933 the church and the villa have been owned by the Bianchi family.

The church, built in bricks, has a rectangular façade ending with a moulded cornice and underlined laterally by two pilasters, slightly projecting; it has a central portal, surmounted by an oculus and flanked by two quadrangular windows.

At the top of the façade,

The interior of the church has a rectangular plan with a single nave with a horizontal frame at the top and a barrel-vaulted roof articulated by splays.

The back wall, which had – above the altar – a painting attributed to Francesco Appiani (1704-1792) depicting the two titular saints, has two small windows at the top through which the liturgical hall could be seen from the service rooms above the sacristy (not accessible).

Inside, leaning against the right wall, is the:

Furthermore, along the walls there is a valuable cycle of paintings, made of paper applied on canvas, datable to the first quarter of the twentieth century, from central Italy, depicting the Stations of the Cross : the subjects are clearly inspired by works of famous Renaissance artists. 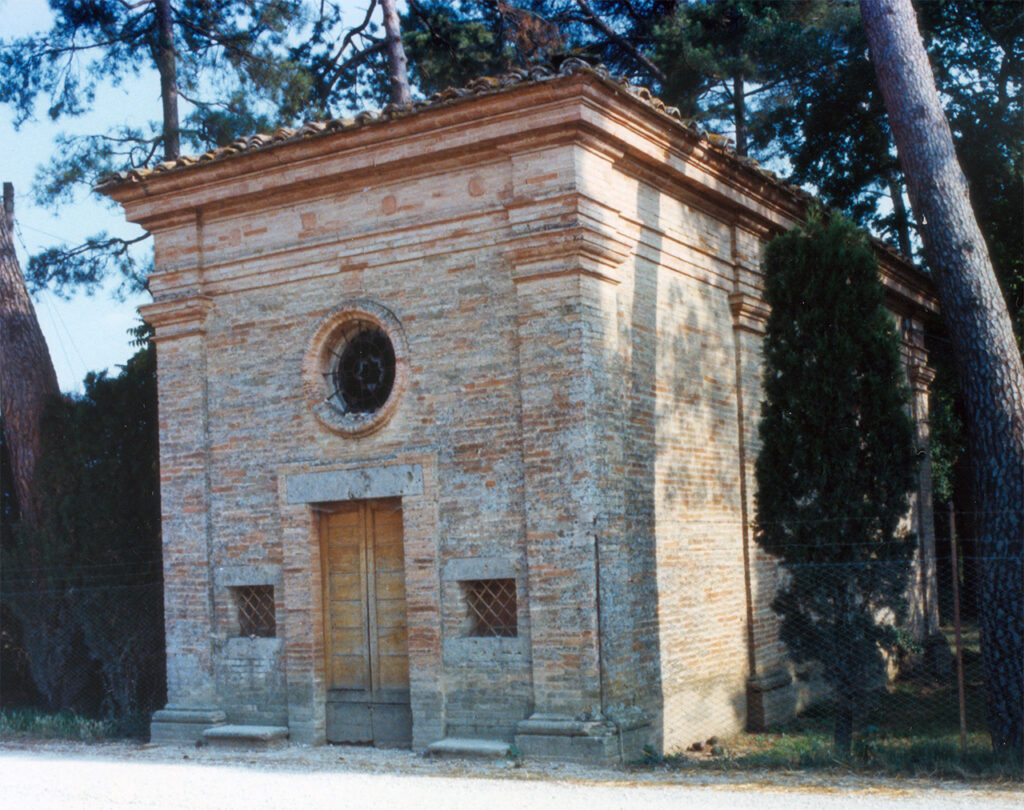