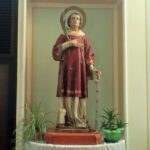 The church was built by architects Antonello Coletti and Alfio Barabani at the behest of the residents of San Lorenzo, who, as early as the end of the 1970s, were strongly committed to its construction, also providing it with a valuable decorative and liturgical apparatus. The laying of the foundation stone took place on 29 September 1983, while the consecration took place in August 1985. Both celebrations were presided over by the Bishop of Assisi, Sergio Goretti (1980-2005). The bell tower, with a quadrangular base, rises at the back of the churchand has three bells in the belfry, made in 1991 by Paolo Capanni of Castelnovo ne’ Monti (Reggio Emilia).

The church, located on a high podium accessed by a wide staircase, has a simple façade marked by a large cross, formed by a pillar and a protruding cantilever roof, and opened by a single portal.

The rectangular liturgical hall has a presbytery two steps higher than the assembly floor. Inside, the walls are of considerable historical and artistic interest: In its walls there is also a remarkable cycle of fourteen paintings, executed on wood in 2004 by various contemporary artists, illustratingthe Stations of the Cross. 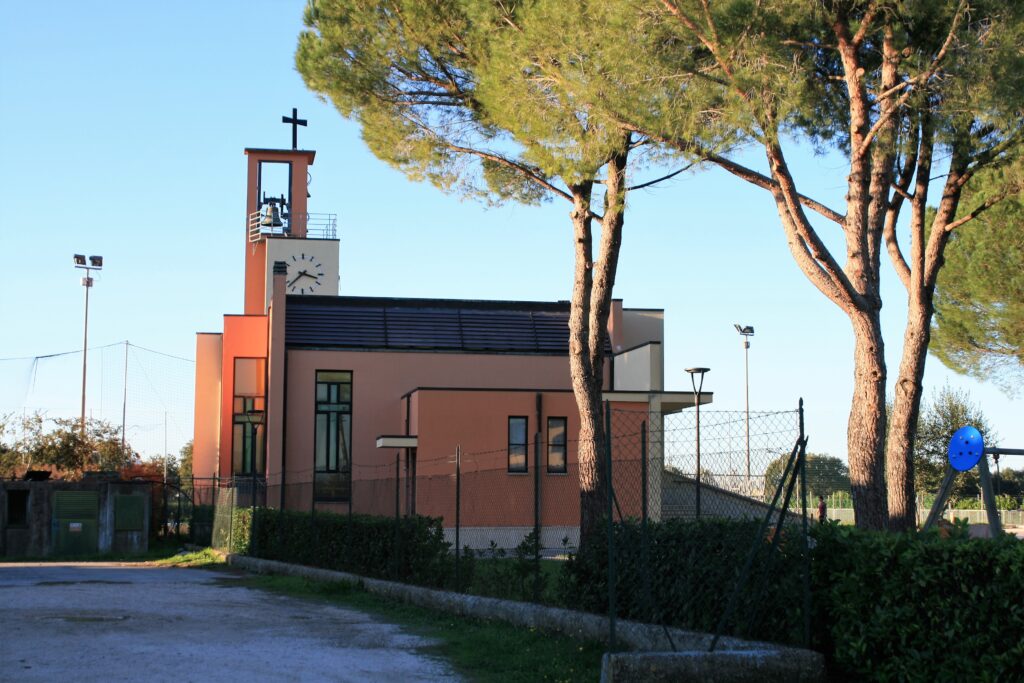