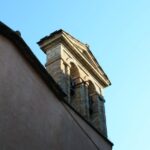 The Church of San Rocco is located on the corner between Via Roma and Via Vittorio Veneto.

The church, seat of the brotherhood of San Rocco (founded in 1604), was built in the middle of the 17th century by the people of Bastia, grateful to have been saved from the plague epidemic that had afflicted the neighbouring villages. The building was erected outside the city walls near Porta Romana, from where the ‘straight and new’ road leading from the Porziuncola to Bastia branched off.The road was laid out during the pontificate of Clement VIII (1592 – 1600), probably in view of the Jubilee and, in any case, after the construction of the Basilica of Santa Maria degli Angeli (1569).

In 1832 a violent earthquake caused part of the ceiling to fall, the stuccoes to come off the altars and the bell tower to collapse. After lengthy and necessary restoration work, the church was reopened to the public in 1856.

In 1924, Porta Romana was demolished and the memorial plaque with the inscription to celebrate its construction was moved to the front of the church, where it is now located.

In 1925, the building underwent further restoration work, during which a new decorative scheme was created by the painter Elpidio Petrignani (1878-1964).

After the construction of the new parish church of St Michael the Archangel {1962), the church fell into disuse and, with it, its lack of maintenance. For this reason, between the 1970s and 1980s, after the collapse of part of the roof and some parts of the structural system, it was repeatedly considered to be pulled down as part of the renewal of the neighbourhood. At that time, some citizens worked to protect and preserve the church, setting up a committee which, also at the behest of the then parish priest Don Francesco Fongo, worked on extensive structural and pictorial restoration, which led to its reopening to the public on 15 September 1991.

The church is the religious seat of the Rione San Rocco (green), which has its façade as its coat of arms.

The church has a gabled façade, marked in the lower order by four pilasters and opened by a single entrance portal, surmounted by a window, while another one is located at the bottom right.

On the façade we note:

On the back of the roof, there is a bell gable with twobells.

The interior of the church has a rectangular plan with a single nave. Inside we notice on the presbytery 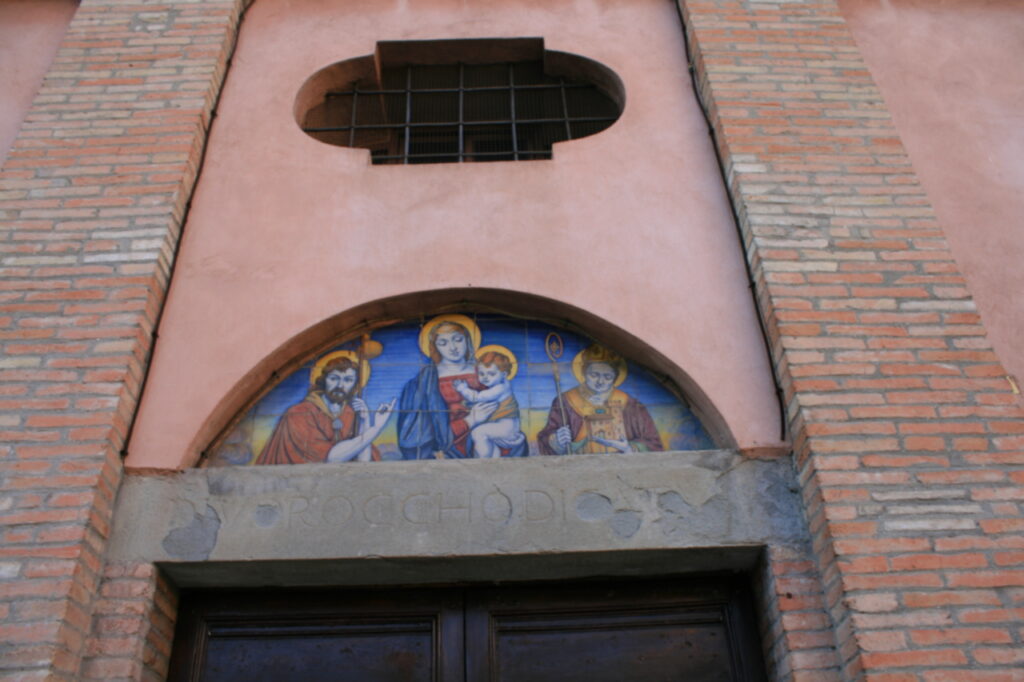